What Is a Comedy Hypnotist? 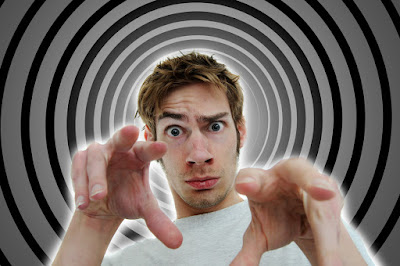 Those who have never seen hypnotism performed first-hand are often skeptical but intrigued when a comedy hypnotist takes the stage. Once the show gets started, however, the whole audience soon finds themselves erupting in laughter — and it’s just as fun for those who are selected to participate. While every hypnotist is different, many of them share the following similar qualities.

An Entertainer and Hypnotist Rolled into One

Many hypnotists who practice comedy have the skills of a hypnotherapist as well as the personality of an entertainer. At the start of every show, hypnotists give an introduction and warm the audience up so that they feel comfortable. They may also lay out some rules to ensure everyone stays safe and briefly explain the hypnosis process.

The Ability to Identify Who Is Susceptible to Hypnosis

Once the audience knows what to expect, it’s time to request volunteers. The hypnotist knows what to look for in people who will be comfortable being hypnotized, bearing in mind that these volunteers will be performing silly tasks in the presence of hundreds, or even thousands, of attendees. Because a hypnotist can’t force participants into any actions they wouldn’t be open to performing, anyone who feels even slightly hesitant would find that the hypnosis fails to work.

Each comedian has their own set of techniques they use to put participants into a hypnotized state. This may involve relaxing the volunteers with their voice or using a fast “snap” style of hypnosis.

Participants typically stay on stage for the main show, which usually lasts about 45 to 90 minutes. The hypnotist gives a command and the volunteers immediately comply. Without ever embarrassing the volunteers, the hypnotist leads them through a range of entertaining skits. These lighthearted routines are especially hilarious for the friends of the participants.

Bringing Volunteers Out of Hypnosis

It is just as important that the hypnotist has the skills to bring participants back to a conscious state at the end of the show. After a show with a good hypnotist comedian, the volunteers feel great, having lived through a completely original experience. Plus, the audience leaves with lots of laughs and memories to reflect on.

If you’re seeking a hypnotist comedian, look no further than Colin Christopher. This experienced professional offers family-friendly hypnosis shows that are completely safe for participants. Book him to include some comedy hypnotism at your next corporate event.