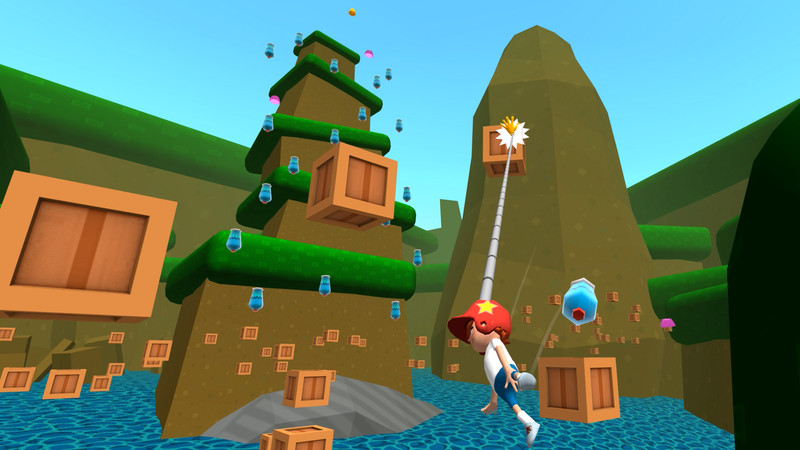 Swing from anything in VR!

SwingStar VR allows players to swing around a virtual reality world using a giant sticky hand attached to their head. The game is a third-person swinging physics puzzler that puts players through a wild ride, accelerating the player as they swing. It's wacky and super fun.


A disaster has mutated physics, you must save your home multiverse by ringing the mysterious bell. A magic helmet allows the player to swing through all of the affected dimensions, and set things right by ringing all the resonator bells. A colossus robot stand between you and the final bell. Explore a colorful cartoon world by swinging through enchanted deserts, bright forests, steep canyons, and many more bizarre and beautiful worlds!

SwingStar’s deceptively simple controls use only a button and your line of site to soar, flip, swing, fly, and explore in ways you have never experienced in any other video game.

Find out what lies beyond the bell

SwingStar VR has two control schemes which are both at fun to play.


1.) MOTION CONTROLLERS: Designed for the HTC Vive. Point your motion controller at any object in the world, then hold the trigger and gravity will swing you away.

2.) GAMEPAD/KEYBOARD: You can also play with just your VR headset. Look at the object you wish to swing on and hold down the grab hand button ( keyboard: space bar | Xbox/USB controller: A button or LEFT trigger ), and gravity will swing you away.

TECHNICAL
This Steam version of SwingStar VR is designed for the Vive. 7aa9394dea 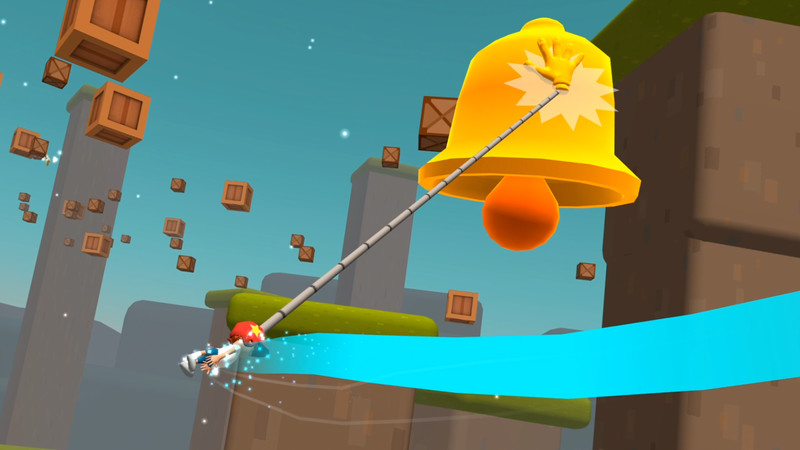 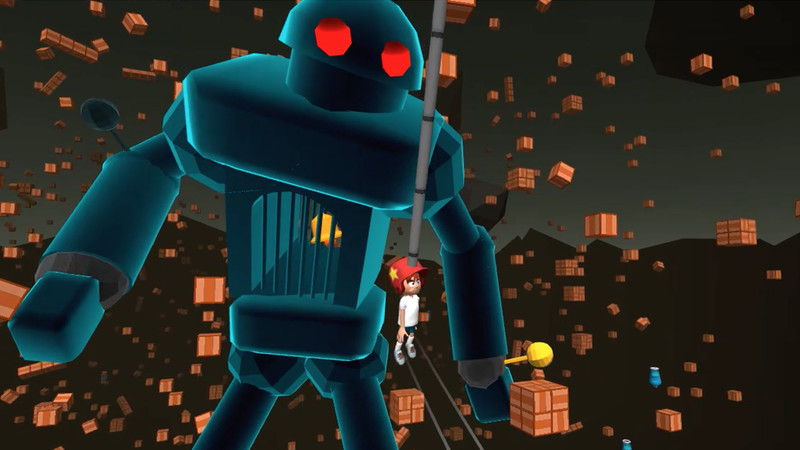 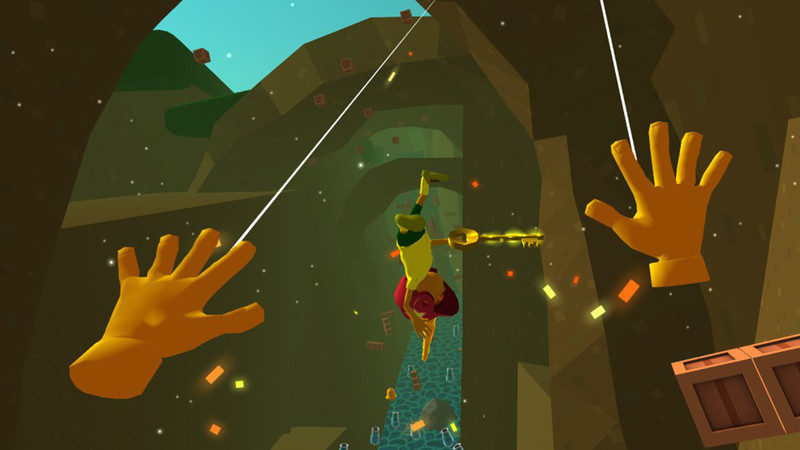 
This is a fun puzzle game. Gotta say, one of the highlights of this game is the amazing music! Downside is, the game is pretty short, and not terribly difficult (I finished it in 100 minutes). The final boss battle was super cool, wish there was more.. This game reminds me a lot of several mobile games. However, this one is cleverly done. This game actually makes good use of VR to maximize the fun. You will have to look around to find the best way to get to the finish line (the bell) in as few swings as possible. Each level has a certain amount of recommended swings to get there. If you can get there in those amount of swings or fewer with as much health as possible, then you will likely get 3 stars and move on to the next challenge level. Of course, you don't need three stars to move on, but I recommend you do to that to get the most gaming fun time out of the title.

Each level brings a new challenge, as the challenges get tougher, new mechanics are introduced. The puzzles\/ challenges are not too difficult, nor are they too easy. You will have to not only think of how to best get to the finish line, but also execute correct timings. It's also fun watching the little boy get plastered after putting the \\m\/ heavy metal rules sign up :D

TL;DR: This is windlands in third person that doesn't give you nausea which I think worth the price it's asking.

So this is a puzzle platformer where you guide this kid on the world, swinging into objects that you can stick your hand helmet with until you hit the bell (5th screenshot on store page). I didn't experience nausea at all when playing this game when I did have when I tried windlands on the very first minute I played it. No issues with the camera movement in this game.

There is a star rating system where it scores you based on how many swings you made and remaining HP the kid has (you lose HP by bumping into the ground or objects) so there's a bit of replayability.

Cartoonish art theme which works pretty great in VR due to the need of performance. Speaking of performance, I can supersample up to 3.0 on my 980Ti.