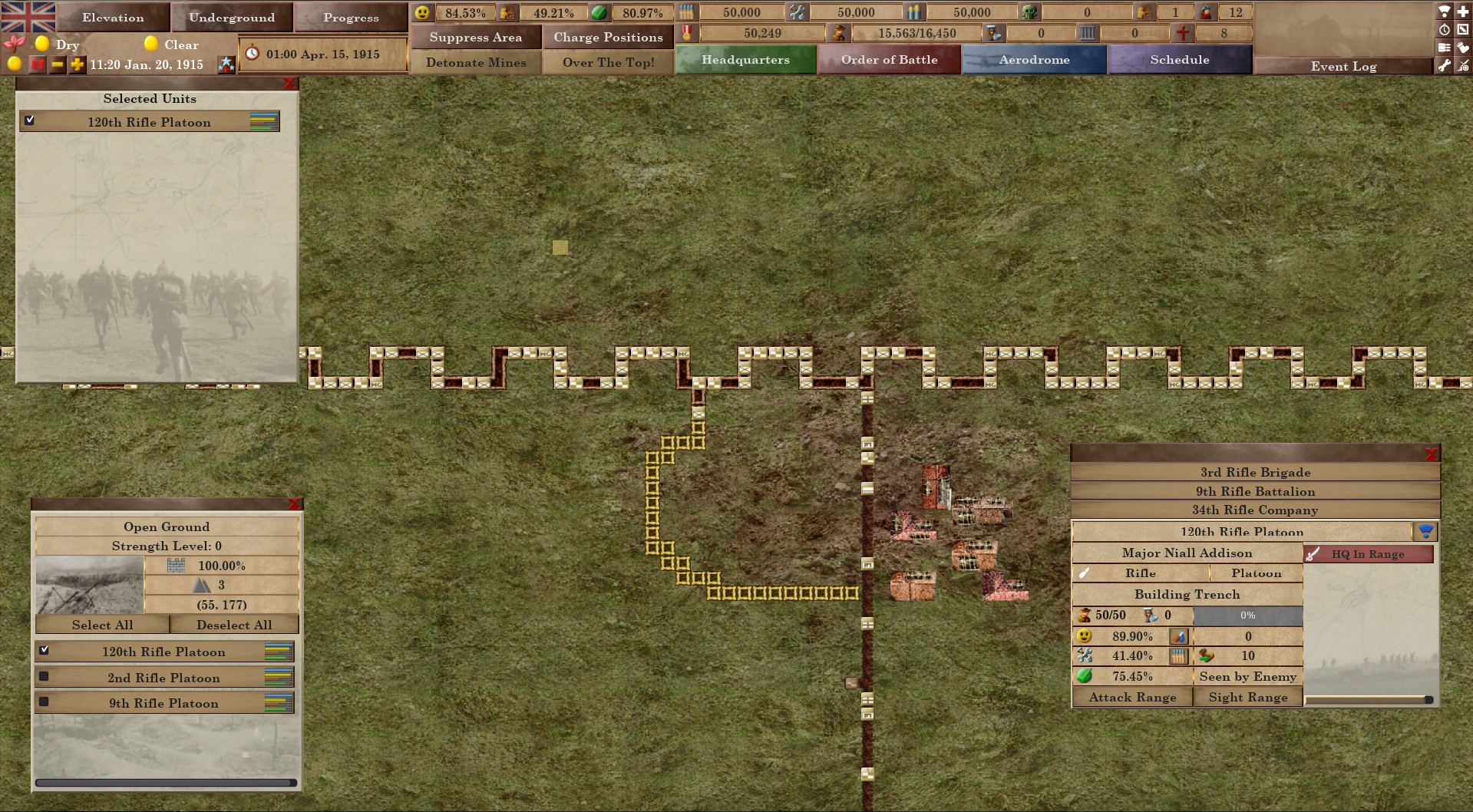 Grand Strategy on a Small Scale


January, 1915. The Race to the Sea is over. The Great War has just begun. You are the commander of a single division in the meat grinder that is the Western Front. Lead your men over the top as you attempt to break the stalemate that is to claim the lives of millions over the course of years.

Are you ready to be a donkey and lead lions to their glorious deaths? 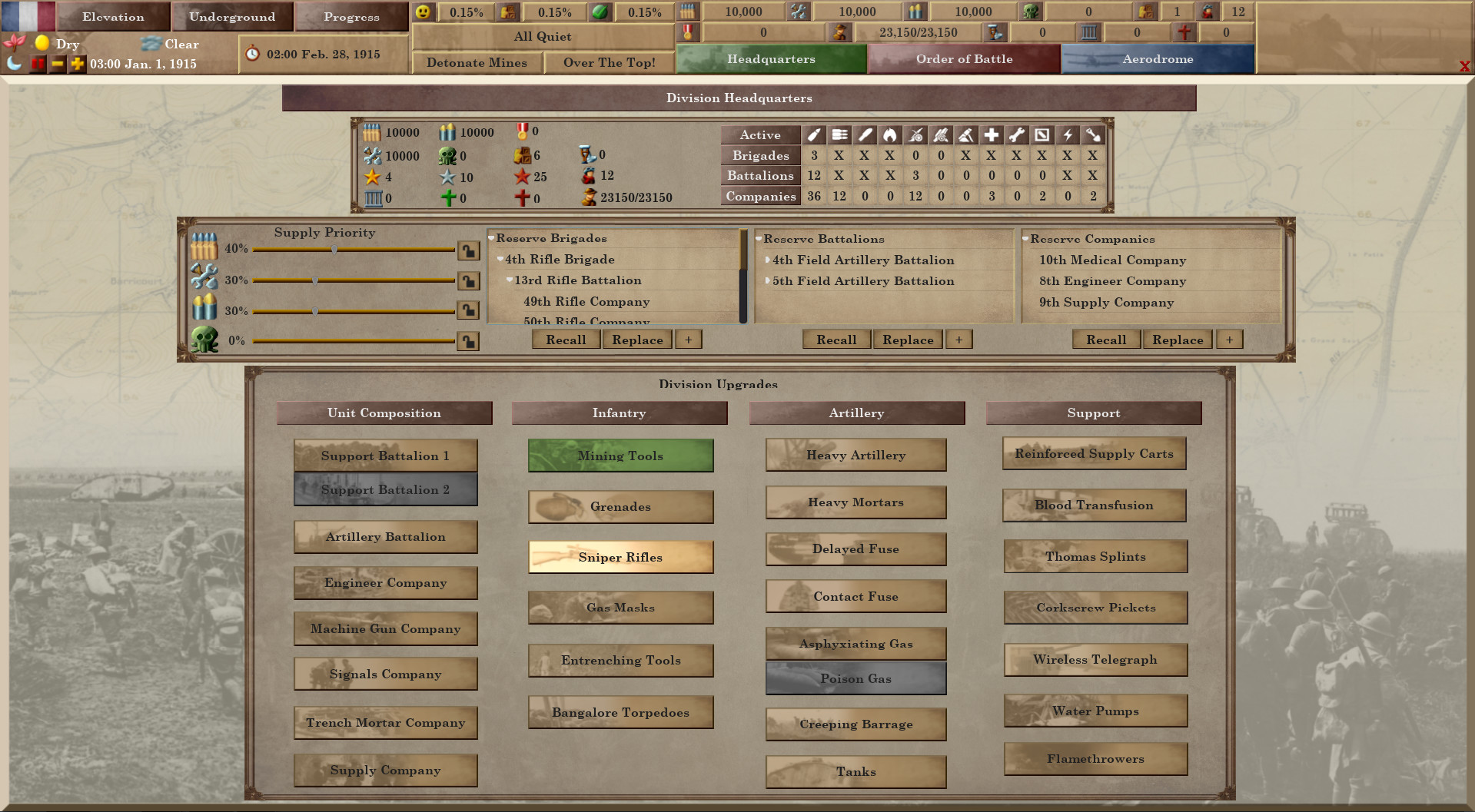 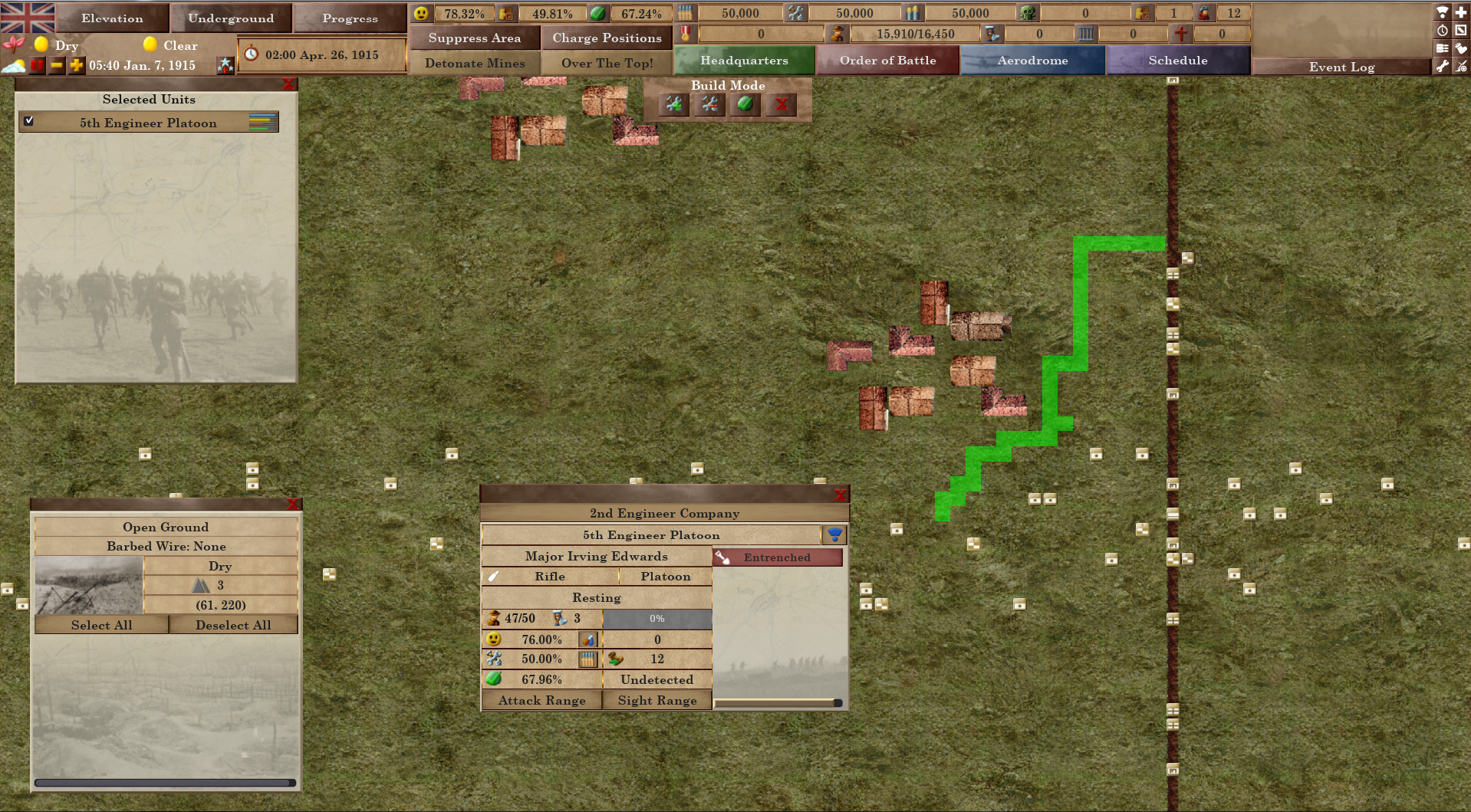 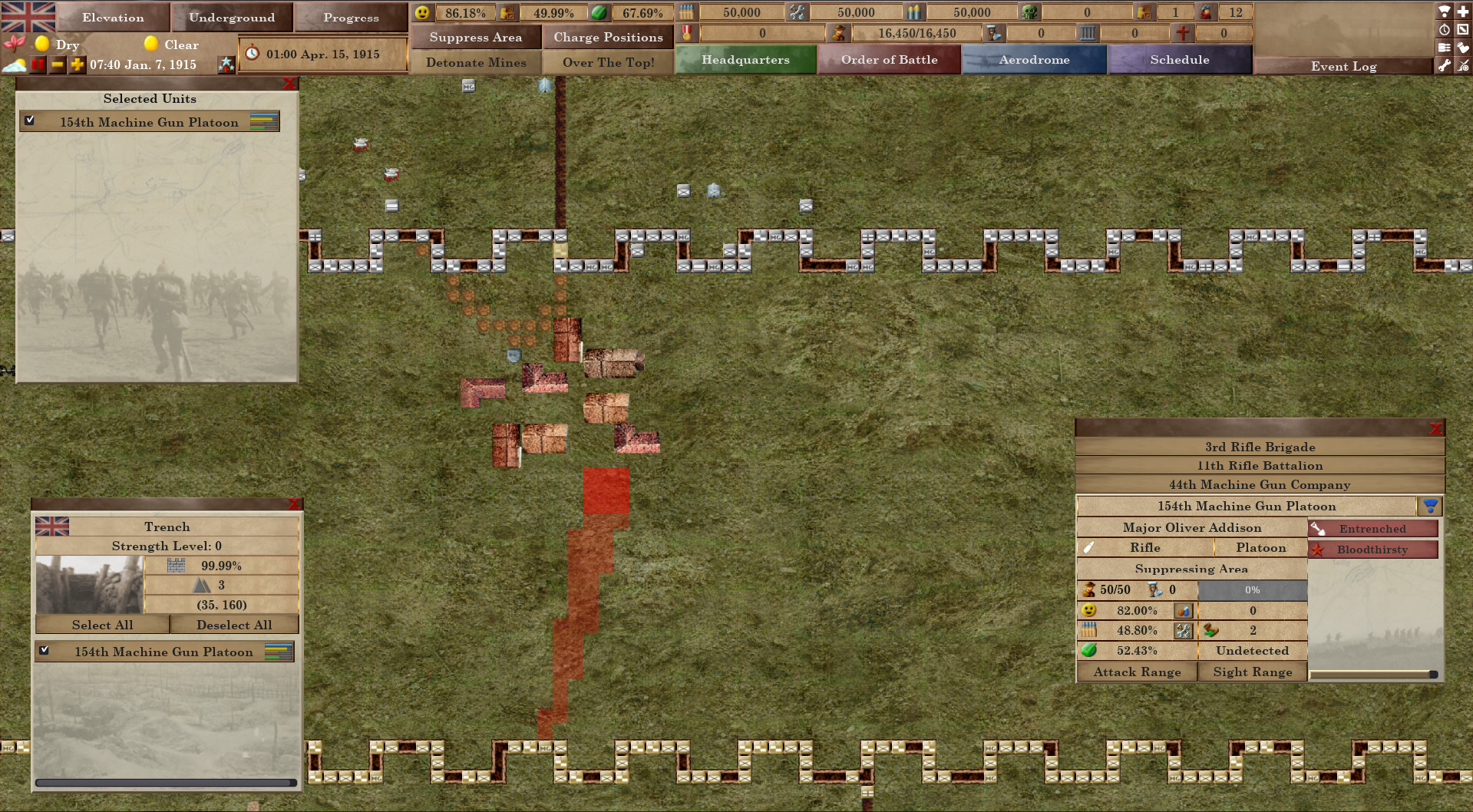 
I predict this game will eat up hundreds of my free-time hours.. Currently the game crashes fairly reliably after under 5 minutes of "play" ... I wish I could write something positive about it, but it's just not in a state where I can say there is. There doesn't even seem to be a crash dump collector so that the dev can learn about when there are problems; meaning that one can't expect the problems to be fixed in good time.. It's a pretty cool concept.. I cannot recommend this game at the moment simply because it keeps crashing when i try to play until this is fixed i cant recommend this. I bought this game once when it first came out i refunded it shortly after because i the game was in an extreme early phase, Then i re-bought the game in January it was fine i could play it because i play games like this but then they updated it hotfix 8 or 7 when the game kept crashing over and over again the recent update they have done didn't fix this. If you want to buy this game i recommend buying it at a later date.. First I'm not a guy who recommends a game just because it is EA, or throws money at a dev just because they have a good idea which might be an OK game in a year if they work hard at it. If an EA game is crap and not currently worth buying, I'll say so.

But I recommend this. There are two major reasons why.

1. The Dev has proven in the past that he will stick with a game for a long time and come up with a good product (his other game is World Boxing Manager and it has a very similar style to this). He'll update a game even when you think the updates are long since done. His last game, like this one, doesn't look like much at first glance but is incredibly deep and well-balanced.

2. There's obviously so much here, even now in EA. It is an enormous amount of stuff for one person to have done. OTWF has RPG elements in officers and experience. It's got all of the various aspects of trench warfare - air recon and dogfights, barbed wire, raids, tunnelling, supply, weather effects (heavy rain will damage your trenchworks for example). Lots of upgrades like flamethrowers. And it's all well-balanced and thought out. You can just sense it. I've never seen a game quite like this.

But man, this is a rough product right now. The tutorial is bad - perhaps it contains all the information you need, but that information is largely inaccessible. You can't look up a specific topic. You have to kick off one of the main tutorials, and if you can't perform one of the tutorial tasks within correctly, the tutorial won't advance. So not only do you not learn the concept you were working on, but you learn zero about all of the features that the tutorial was going to cover later.

I've got about 15 hours in this game and there are so many things that I still don't know how to do. You'll do something which seems right based on your limited info, but it doesn't have the intended effect. Drilling troops is an important thing, but I've still not figured out why my troops won't do it. I'm still not sure I'm supplying my men properly. I don't know how dead troops get replaced. I'm not 100% sure how hospitals and injured troops work. I can't put my men on watch duty, which means they won't fire at attacking enemy troops. This is pretty important - there is nothing stopping the Germans from walking right across no-mans land and jumping into my trench ATM.

Also the game itself seems to make things harder for you than they really are. For example, you're supposed to keep companies and batallions together on the line, since this gives the units command bonuses and causes your orders to be interpreted faster. But presently you fire up a new game and your platoons are scattered to the four winds. So you're going to spend nearly an hour at first just trying to organize your troops in a logical way.

If you're an old style gamer, this feels like when I had my C64 or my 486. And I'd get hold of a good looking, detailed game that didn't come with instructions. And I'd be sit there for hours, putting the pieces together and at the end I'd generally know how to play except there would be one or two key concepts that I'd be completely unaware of. The whole experience currently looks and feels exactly like that.

If you're an older lad who is OK with playing a game that has a DOS-era feel, or you're willing to suffer with a bad interface to get good detail and depth, then On the Western Front is worth it right now. I don't regret buying it.

Early stages of destructible terrain are in! So far only a few building types have included, and only a few different configurations. I want to know what you all think before I start adding more types of terrain and customizing things a bit more. For now, houses act as shelter. They hide units from view, and essentially function as a combination of dugouts and blockhouses (albeit less effective at protecting units than blockhouses). The tradeoff is that buildings obscure lines of sight, and will be permanently destroyed if they take enough artillery fire. 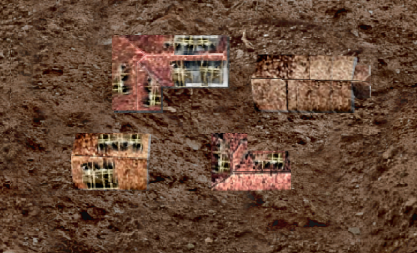 I've also taken the liberty of implementing a bunch of the suggestions I've seen in the discussion forums.

Thanks to some fantastic feedback I've received in the Discussion forums, I've fixed a bunch of weird issues that escaped my attention.

I'm still working on getting Help text into the game, accessible from the pause menu. Let me know if there's anything that needs more explaining and I'll make sure it gets in right away.


Thanks for playing!. Quabity Auschwitz:
Hi all,

Some quality of life updates that have been requested by some of you have been included. Destructible terrain not in yet, but I just wanted to release this update in the hopes that it makes the game a bit easier to play. There are some important things addressed here. 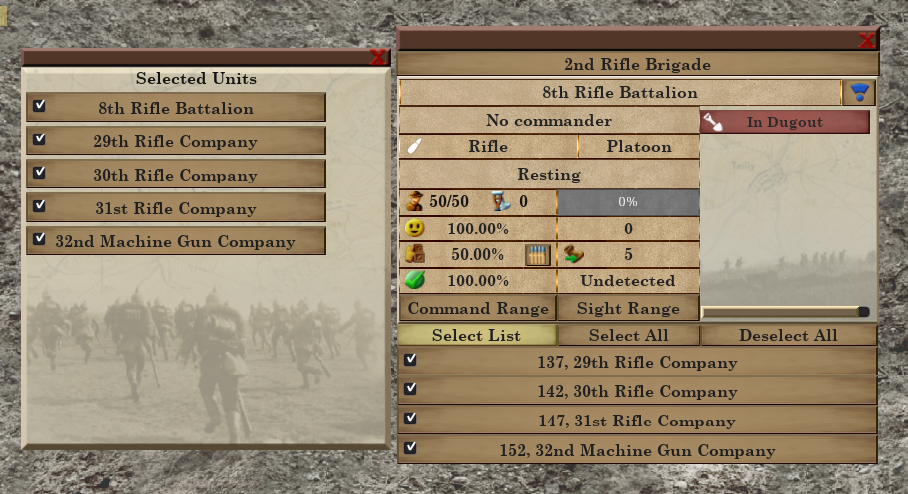 Thanks for playing!. Fonts!:
Hi all,

The game has been crashing quite a bit, most of the time when starting a new map or returning to the main menu. I've managed to track it down to an issue with the font loading improperly. I've now changed the default font from Century Schoolbook to good old Times New Roman. It's no longer period appropriate, but at least it won't be causing issues any more.

I'm still working on getting Help text into the game, accessible from the pause menu. Let me know if there's anything that needs more explaining and I'll make sure it gets in right away.

Some critical (although minor) changes I felt deserved a new build this weekend.

I'm also working on getting Help text into the game, accessible from the pause menu. Let me know if there's anything that needs more explaining and I'll make sure it gets in right away.


Thanks for playing!. Tweaks:
Hi all,

It's been a busy week for me personally, so I mostly focused on some more content and tweaking the AI to make things a bit more challenging.

Thanks for playing!. New Buttons:
Hi all,

Hope you're all having a good weekend. I've taken into account some of your suggestions and added a few more quality of life improvements:


Hope this extra information is helpful!