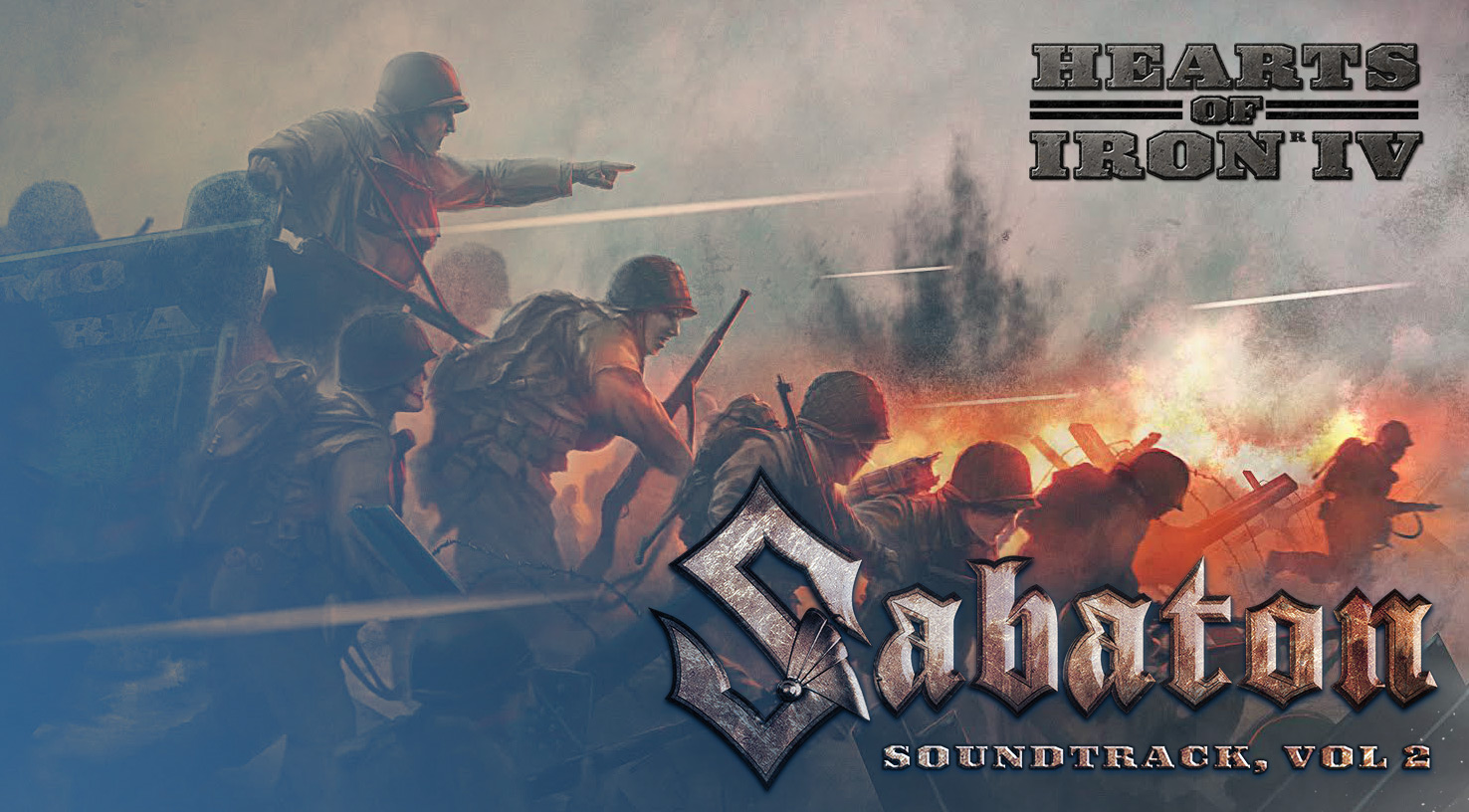 
Paradox Development Studio and Hearts of Iron IV continue their musical synergy with Swedish heavy metal band Sabaton. Best known for their songs about real historical events and the human side of war, Sabaton has licensed ten new songs for Hearts of Iron IV, each illustrating a moment of World War II with passion and power chords.

The 10 songs included in Sabaton Soundtrack Vol. 2 are: