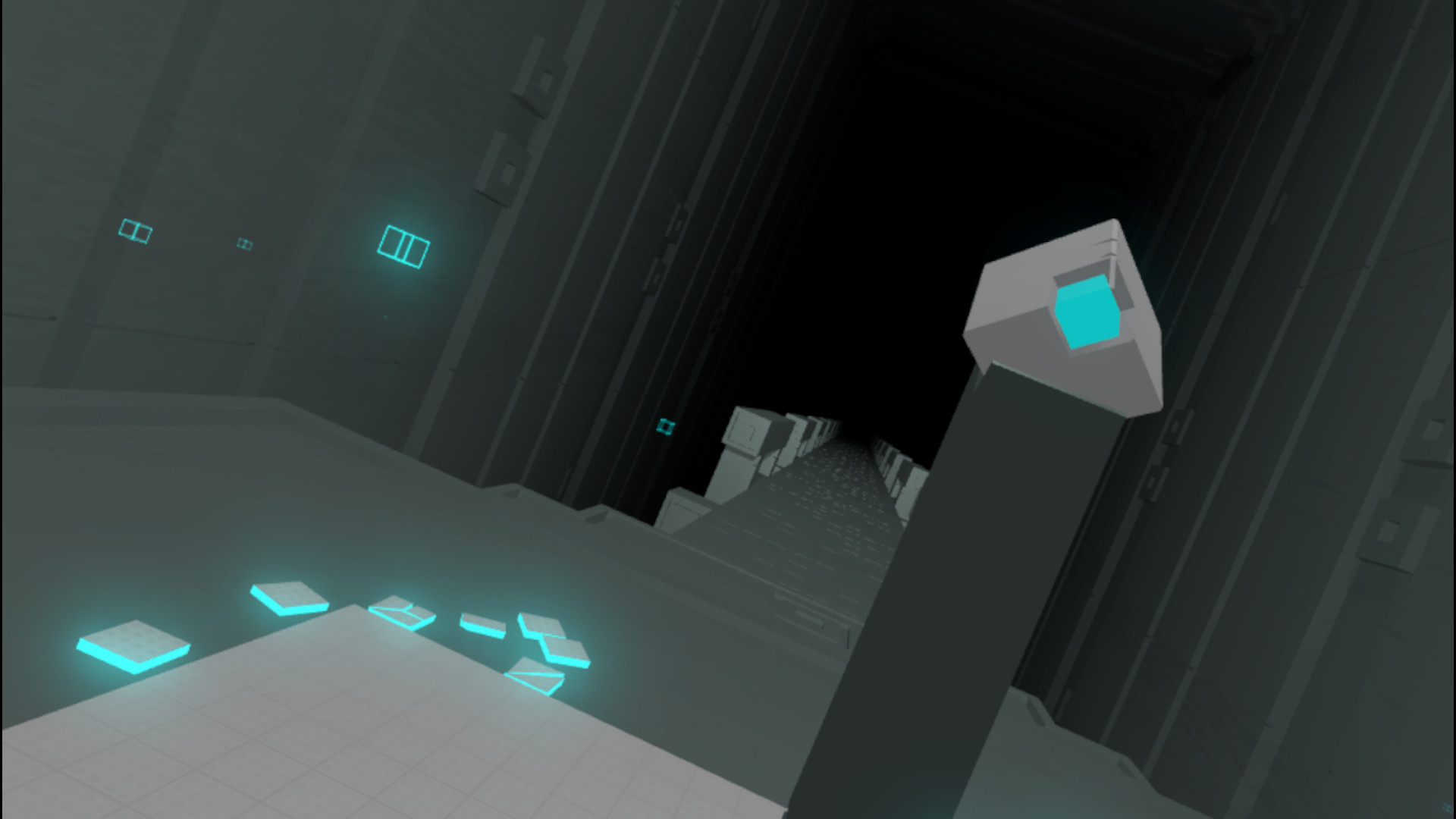 Edge Guardian is a surreal-futuristic action beat-em-up for the HTC Vive.
You have been summoned to defend the fringe of reality itself from a horde of reality-eating void cubes.
Find yourself immersed in many different, eerie landscapes, punching your way through wave after wave of enemies.

Is it the future? Is it the past? Why do you need to stay inside the bounds to stay alive?
And how do you turn off the voice of Hex, the white cube?

We have created Edge Guardian specifically for the Htc Vive, it's a project born on this platform, for this platform. You need to move, you need to stay active and punch those cubed reality suckers in the face.

The Guardian can attack with his fists, grab dead enemies, shoot them at other foes and create energy edges from the ground. Thanks to Hex and his built in radar you can easily understand where the enemy waves are coming from and plan a counter attack.

Build combos, try to survive, and unfold the secret of the Guardian!

Here is the game's planned roadmap from early access to full release: 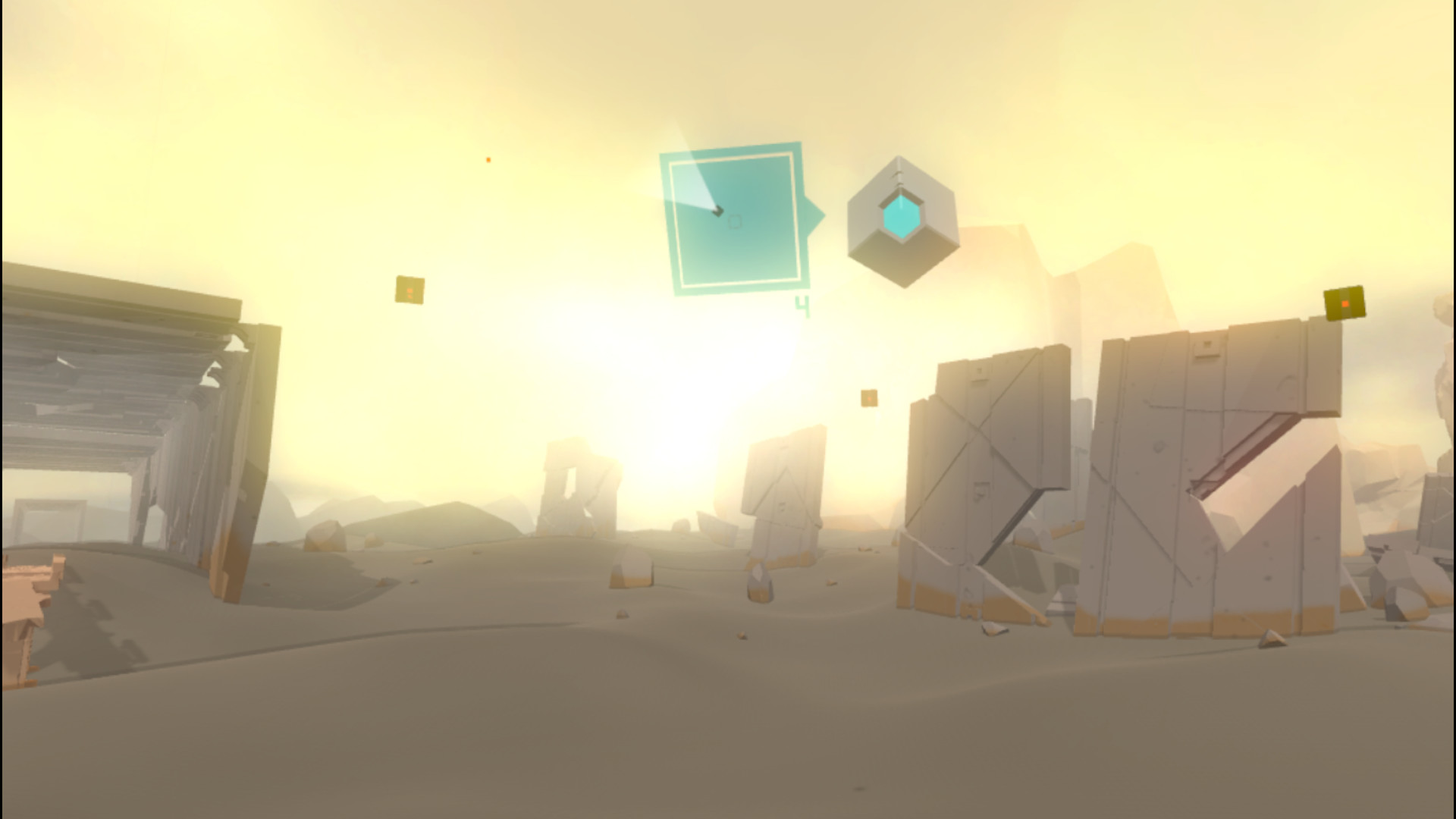 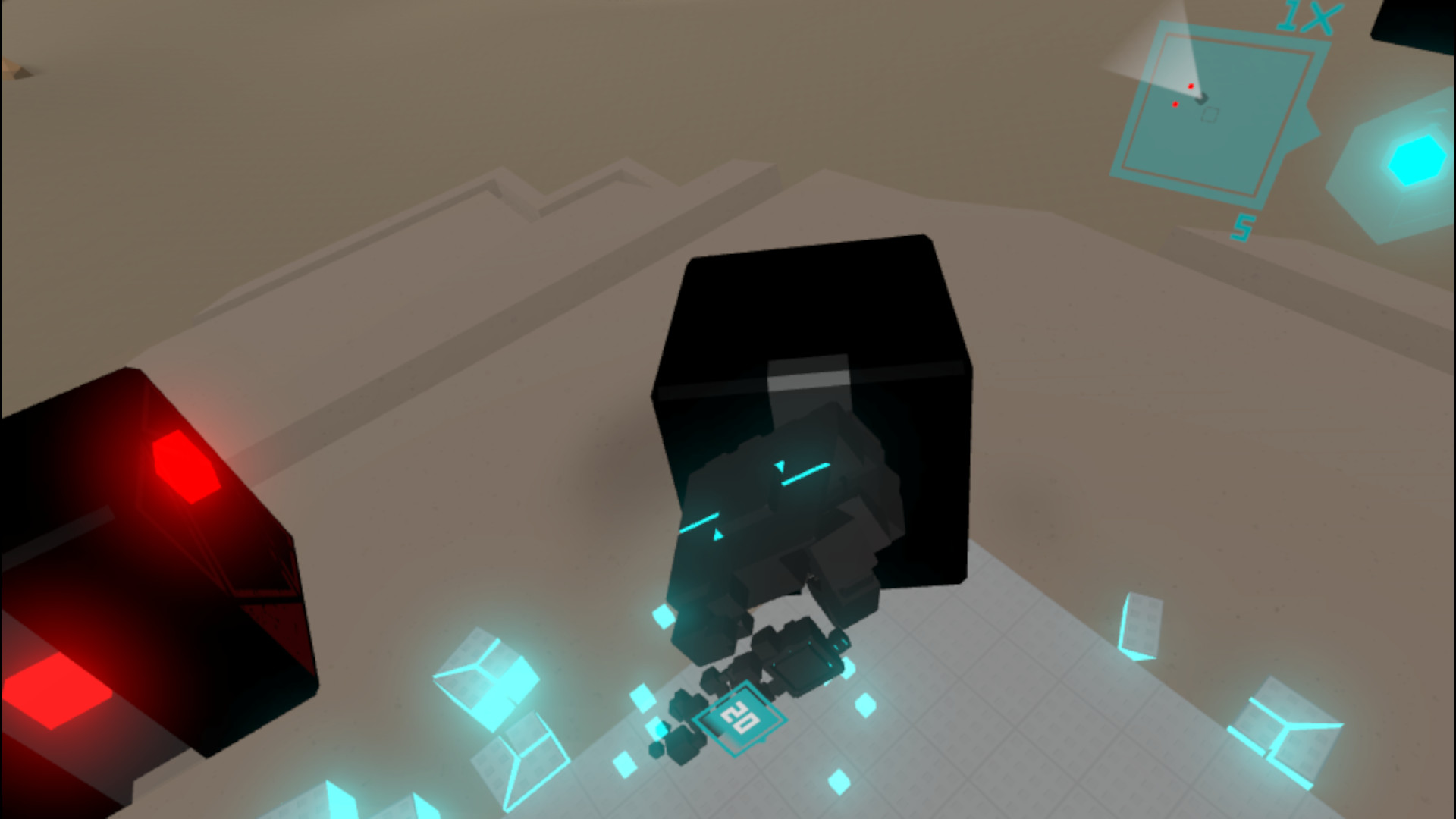 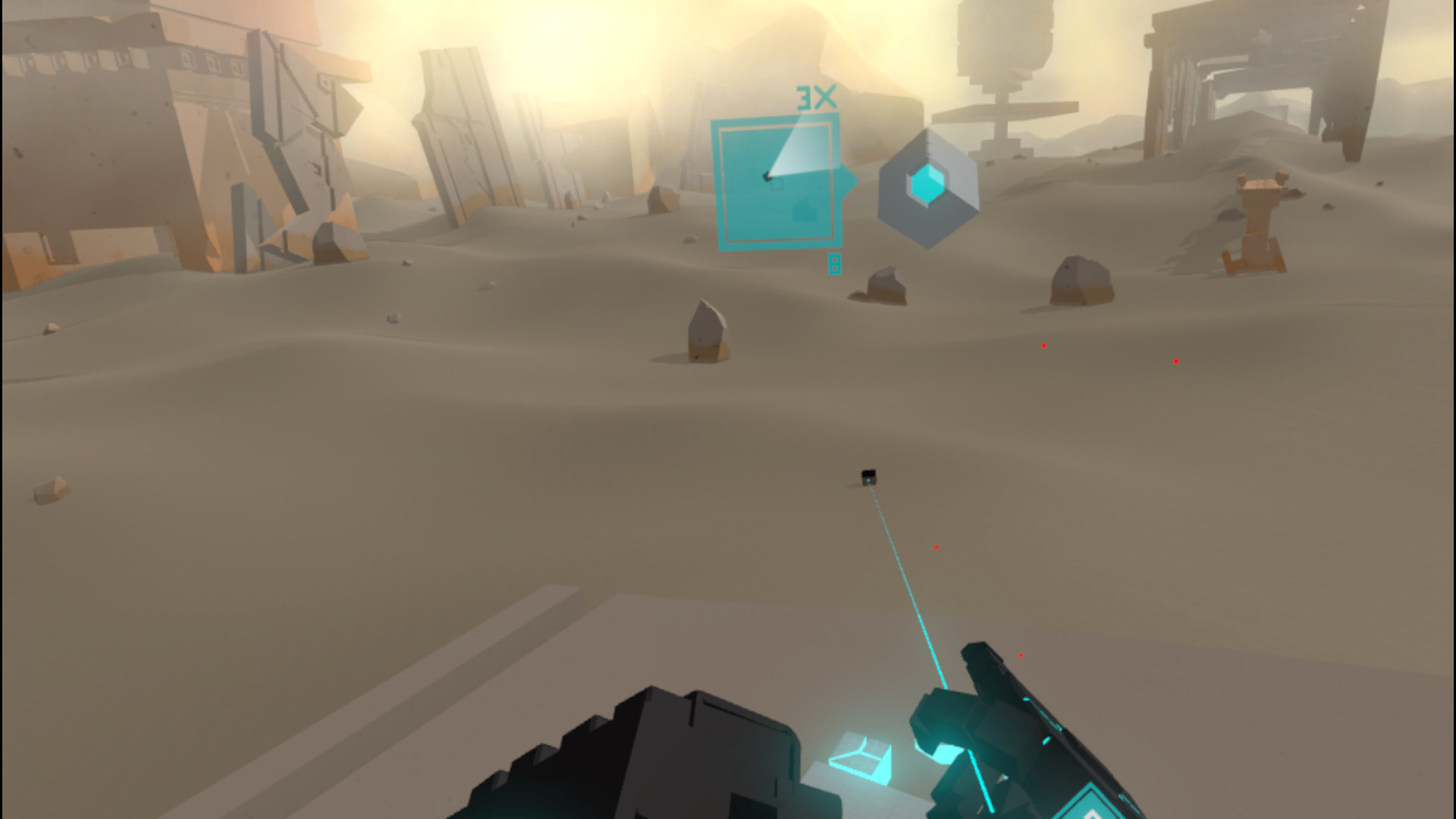 This game is *really* pretty! I've got something like 178 VR titles in my Steam library, and the graphics and enviornments in this one were still enough to make me say "Woah!" outloud.

It feels almost like I'm standing inside the game 'Journey' (graphics-wise), and that feels *amazing!*

The gameplay is active, addictive, and feels *very* distinct from other 'punching games' like Audiosheild, Bitslap, or Thrill of the Fight.

I'm breathing pretty hard after my first few rounds, and I expect I'll be playing this a *lot* in the future!

One note: I was a little confused at first, because it seemed like sometimes I was punching enemies, and it wasn't killing them... And then I realized you need to punch them in the red 'eye' to kill them, and things got a lot more satisfying afterward.. The game is a great workout. Your score increases very quickly if you do your best to keep your combo number high. The current implementation of the edge system (wall summoning) doesn't seem to add any strategic benefit since it resets your combo counter to 0, but maybe I'll figure out how it is beneficial after more play time. For the low cost of this game, you can get some quick fast cardio if you're punching\/backhanding the targets. Being accurate boosts your combo chain.. Check out our full review @ https:\/\/vivereport.com\/2016\/11\/02\/vr-gets-edgy-with-edge-guardian\/<\/a>

Edge Guardian may be one of the more polished VR titles currently available at such a great price point. Granted, you're not getting a story per se, and it does fall under the "Wave Based" genre. But if you like punching, cool Sci-Fi premises, and quirky AI humor, then Edge Guardian is a perfect title for you to jump into and start throwing punches.. Graphics<\/b>

The game has a nice stylised look, has no configurable settings (like many VR games) it runs at its settings at 90fps (980 here) absolutly fine and the world looks at the correct scale.

Music is fiting, sound effects are suited to the title, combat sounds are good too. Music can be muted in the options if you wish

Bots do sometimes seem to be just outside the play area, and im not risking a full power punch to my wall :D

You have to hit the bots in the face and with enough speed, this adds to your combo and is the main way off racking up a high score. It rates as high if not higher than holopoint for intensity, this will definatly work your back arms and shoulders well and would suit for a VR fitness routine.

The core game play is in place, works and is rather fun (you must try something in VR you cant judge on looks). I have played quite a few times and my arms and shoulders are getting a real nice workout. Its priced perfectly and the devs put a lot of detail into their launch post, so I expect more things to be added in the future (Power ups changed Space Pirate Trainers gameplay in a big way, heres hoping you take notes :D)

TL;DR Wave based Puncher that will be a perfect addition to your VR...