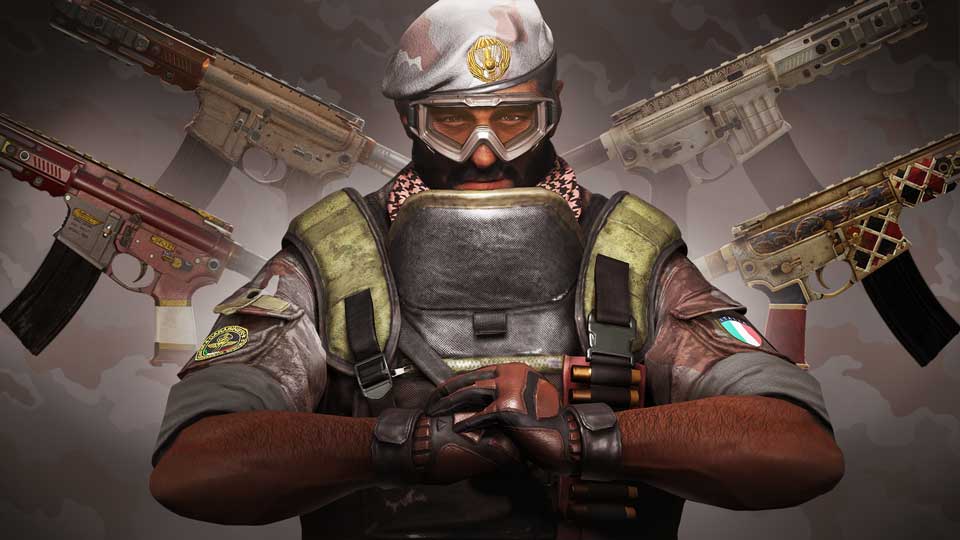 Craig Robinson community develope Rainbow Six Siege Credits: We've made a firm commitment to supporting the game long-term. I believe we have over just talked about it, we've shown that with Operation Health, together with the accession of BattlEye at [Operation] Skull Rain, things like this. So gamers than ever, will recognize that we're likely to continue supporting Rainbow Six Siege for a while. 100 operators' objective would be something our players point out. We're encouraging Rainbow Six for quite a while.

The quality of the sport has improved also. Operation Health was a turning point for Rainbow Six Siege plus it was a time where we took a step back from the constant tempo of releasing content and took a little time to [form ] the infrastructure and foundation of the game, so as to be sure that it's a game that could endure for years to come. And we're still reaping the benefits of Operation Health now the new processes we implemented on the development side. So overall, I believe that, combined with the fact we are speaking with our gamers all comes together, and gamers are expecting us to not bond on Rainbow Six Siege.

100 playable Operators' guarantee is buy R6 Items a significant claim. Would you feel as you continue balancing the roster, like it is going to become overwhelming? When you introduce a new Operator, there are balancing adjustments.

We actually recently created a balancing team, therefore their sole focus is that the balancing of Operators. This was sort of created in response to Lion. It's made up of a game programmer, a data scientist, and a user researcher, and those three guys, they work together to identify which operators want some adjustments. Whether they want a buff, a nerf, where that change needs to be implemented, to make sure that we get the desired outcome and don't impact how entertaining the operator is to play -- and that's their mandate.

So with a committed staff that marries both qualitative and quantitative feedback with game design, it allows us to balance our match in a that we're likely to be able to keep on doing this , even with 100 operators. At this time, we're at about 42, with Operation Grim Sky, and also our meta is at a fairly good location. So I think that right there is a testament to their commitment and the job they've been doing, to be certain that our match stays balanced, but also enjoyable to play.

There was a lot of controversy shrouding Lion and Finka, due to their"international" abilities that influenced all players simultaneously. Is that something you're still looking into for future Operators?

[...] You'll never hear some of our balancing team say,"Oh yeah, we got it perfect." You will never hear us say . But we are learning and we are constantly improving. And being able to take learnings from things we have done previously and apply that understanding to future Operators is something that all our sport designers are really proficient at doing and it is something we are placing a focus on moving ahead.

Replies to This Discussion